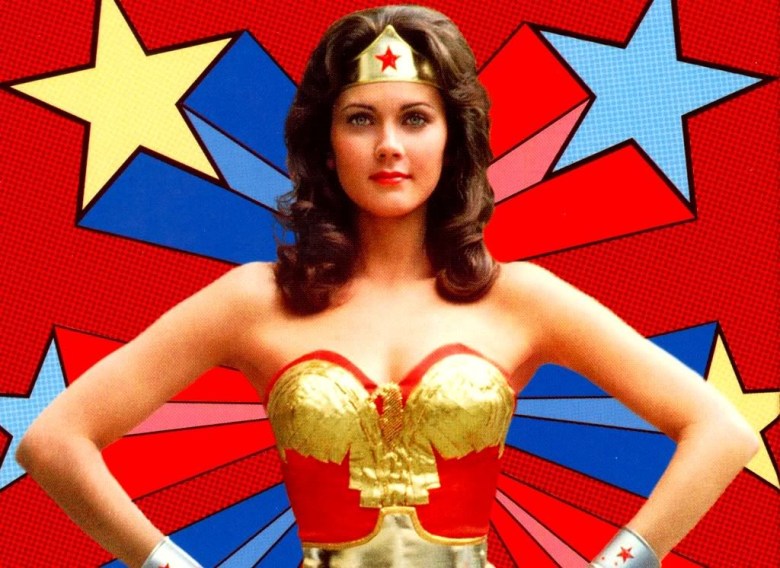 The character of Wonder Woman first appeared in December 1941 in All Star Comics. She was the brainchild of William Moulton Marston and his wife Elizabeth. Marston, a psychologist, wanted to make a new kind of superhero with love as his superpower. Though Marston came up with the central concept of Wonder Woman, it was his wife Elizabeth who suggested that the hero should be a woman. Wonder Woman went on to become one of the most popular comic book characters in history. And yet, after over 70 years of being a comic book icon, there has never been a Wonder Woman live-action feature film.

This is mind-blowing to me. Between Wonder Woman’s first appearance in comics and the present year of 2016 there have been 20 live-action feature films centering around superheroes from the DC Universe. There have been eight Superman films and nine Batman films. As for the other DC heroes; Green Lantern, Supergirl, Steel and Catwoman have all gotten their own feature films. All four films were terrible, but at least they exist. Meanwhile, Hollywood has avoided bringing Wonder Woman to silver screen.

This has left watchers thirsting for a Wonder Woman film. I believe that’s why when it was announced that the character would make her first onscreen appearance in Batman v. Superman: Dawn of Justice people couldn’t help but be excited. And despite the awful reviews that Batman v. Superman has gotten, the reaction to Wonder Woman’s portrayal in the film has been positive. Finally, Wonder Woman on the big screen in a big budget film! Despite how far behind our society seems to have come, the film industry lags behind. Luckily, there was one show that was ahead of its time, in terms of the portrayal the female superhero: The Wonder Woman live-action television series.

Wonder Woman’s road to becoming a hit television show wasn’t an easy one. There was a bit of trial and error before we got the superior final product. The first televised piece of Wonder Woman media was a 1967 television pilot called Who’s Afraid of Diana Prince? It was clearly made to match the cheesy, playful tone of the Adam West Batman series that had debuted a few years earlier. And as a result, this take on the character altered Wonder Woman into a vain person concerned with looks and her desirability to men. This take on Wonder Woman was the antithesis of who she was and as well as a mockery of what Marston had intended for the character. Wonder Woman was supposed to be a defender of justice and truth. The pilot was unsuccessful and was never picked up for a series.

The second attempt to bring Wonder Woman to the small screen was a 1974 television film that updated the Wonder Woman character into a then-modern day Charlie’s Angels clone with a full body suite and long blonde hair. This was more successful, but still didn’t catch on. I personally think it was lucky that the show didn’t catch on. If it had we may not have gotten the third attempt at the pilot, that went on to become the definitive one.

The third Wonder Woman telefilm/pilot was released the following year. This film and eventual pilot to the series went back to basics, sticking closer to the source material. Lynda Carter was cast as the superheroine and became the visual standard for a live-action Wonder Woman. The show also took place during the time of the character’s origin in the 1940s, returning Wonder Woman to her roots. Instead of being some pulpy, buxom crime fighter, Wonder Woman became the tall, graceful Amazon that fought for truth, justice and the American way.

The resulting series followed suit. Wonder Woman fought against 1940s villains such as Nazis with her canonical strength, power and, signature Lasso of Truth. Wonder Woman became one of television’s first and arguably most iconic female heroes with action plots taking center stage and romance relegated to the sidelines, in direct opposition of the heterosexual male gaze. This is especially iconic considering this series came to us in a decade that gave us Charlie’s Angels and Police Woman, two series that were more interested in sexualizing their heroines than providing them with believable strength of character and depth. Lynda Carter was definitely an integral part to the success of the show, embodying the character flawlessly and also providing the Wonder Woman character with a spinning transformation that was so popular that it was later incorporated into cartoon and comic adaptations of the character.

Despite good ratings, ABC chose not to go forward with another season of the show due to the high costs associated with doing a period piece. Luckily, CBS agreed to pick up the show for its final two seasons under the name, The New Adventures of Wonder Woman. To lower the budget, the show established a time skip so that Wonder Woman could continue her adventures in the then-present-day 1970’s. The show was updated in other ways too, altering Wonder Woman’s costume into a slightly more revealing one and taking on a more procedural show format. Still, the show remained iconic even while becoming more of the time.

A direct reboot of the 70s Wonder Woman series was created in 2011, but never made it past the pilot due to low critical ratings. One look at the introduction of the reboot and it’s easy to see why. The introduction uses the original theme song, now quite dated, against a montage of close-ups and fight scenes that seem to be a parody of the original. The series looks more like a Saturday Night Live sketch than an actual show. It’s hard to see what the creators were trying to do. Were they trying to pay homage? Parody the original series? Or did they simply just not understand how to update the character while staying true to the show’s roots? It’s difficult to know for sure.

It is hard for me to believe that it would be all that difficult to modernize Wonder Woman. Considering the countless adaptations of superheroes such as Batman, Superman and Marvel heroes like Spiderman and Captain America throughout the years it is of my opinion that the problem is that Hollywood has little interest in female superheroines. And when these heroines do get their own films, they always tend to come off more half-assed than the adaptations of their male counterparts. The aforementioned Supergirl and Catwoman films suffered from bad writing, direction and production. Failed superheroine television series like Birds of Prey suffered from similar artistic laziness.

It’s crazy to think that 1975 Hollywood cared enough to present a strong, independent and intelligent woman on television for women to look up, but that is honestly the case. And though now we have Jessica Jones on Netflix, Supergirl on CBS and a solo Wonder Woman film finally on the horizon, I still can’t help but demand more. We deserve to see a diverse range of female superheroes. Comic books are doing the work. It’s time for television and film to finally catch up and it definitely wouldn’t hurt to take a look back at who did it first.