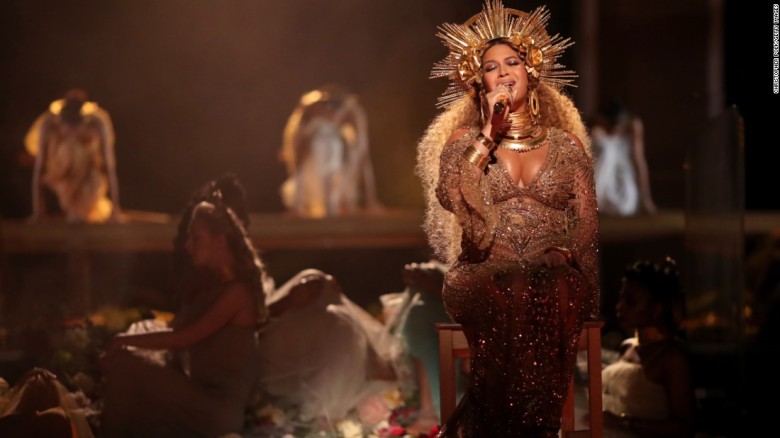 February 12, 2017, was supposed to be a pivotal moment in Beyonce’s career. The global game changer Lemonade (an album that she poured her blood, sweat, and tears into) was up for a Grammy for Album of The Year. When Adele was announced as the winner instead viewers all over the country felt the tears Beyonce cried as the British singer thanked her for making Lemonade, calling Beyonce “the artist of my life”. It seemed that once again a black artist, a woman at that, was good enough to entertain and drive in the viewers that are the shows like the Grammy’s lifeblood. But just not good enough for accreditation.

An hour before, the almost painfully pregnant Beyonce had delivered inarguably the best performance of the night. Dressed like a goddess and cradling her huge belly almost protectively with her hand the she dragged the audience into the depths of a lavish ocean of brilliant imagery, haunting poetry, and stunning vocals. Watching her perform “Love Drought” and “Sandcastles”, it was like the first time. I was experiencing the goose bump rendering love poem to black women Lemonade all over again, and it was beautiful. And as I watched her and felt so much joy, a question began to ache at me: Why do so many people hate Beyonce? Could it be that her very existence at the intersection of motherhood, female sexual autonomy, and blackness is too much in itself? Could it be that the ways in which she performs each of these identities are too great for the structures that try to oppress them?

I’ve always suspected that at the center of the battle for women’s reproductive rights is the idea that once pregnant a woman is nothing more than a vessel for the child. She ceases to be a human being in her own right with her own needs and desires, especially if they can’t be fulfilled with a child in the picture. From the moment of conception forward the woman is just an incubator.

But just like pretty much everything else in existence, anti-choice legislation is mostly about preserving the monopoly of male entitlement over the female body, even if it’s partially about the unborn child. Men seek to control what we can do with our own body parts politically, just as they just do socially. Even at the cost of women losing our own bodily autonomy, our humanity.

And if this is the case then when does the mother regain her humanity? When is she able to exist as her own individual person separate from her baby again? Here’s a hint: Never. The woman parent is expected to sacrifice her own self for her child in a way that is simply not expected of the male parent. In the traditional gender role dichotomy the father brings home the money and the mother raises the children. In fact when fathers are stuck spending copious amounts of time alone with their own child it’s jokingly called babysitting instead of… Raising their child. Fathers are never told “you can’t dress that way, you’re a father now”. Father’s don’t even receive as much time for paternal leave as mother’s do. As if it’s much less important for a father to be home with his child than it is for the mother.

This is not to say that mothers shouldn’t prioritize and sacrifice for their children. This is to say that mothers are still individuals and that’s ok. It’s okay for women to be ambitious, to have careers outside the home, to do things that don’t necessarily center around their children. It’s okay for them to continue to have an identity separate from just Mother. To many, this is still a radical idea.

Not as radical, however, as a woman’s sexual agency or even the idea that women are innately just as sexual as men. There are grown ass men who truly believe that women simply do not enjoy sex as much as men. Not justifiable, but at least somewhat understandable all things considered. Portrayals of female pleasure in media are extraordinarily taboo. And we are all constantly being fed a bullshit false dichotomy about female sexuality.

The oppress women plot thickens when blackness is added to the equation. Black motherhood is one of the most antagonized societal structures in the history of life ever. From the well known myth of the welfare queen, to the “maybe if they kept their children off the streets and taught them not to be violent thugs at home they wouldn’t get killed by police”, to being mocked just for the literal color of our baby bumps, black women simply cannot escape misogynoir. And when it comes to our sexuality we always fall on the jezebel side of the spectrum. We are “fast”, we are “loose”, we are fetishized for our shapes at disgustingly young ages and blamed for that fetishization. If women are low on the societal totem pole, black women especially are the lowest.

The truth is Beyonce is not here for your shit. Beyonce owns her sexuality for her own self. As she made her way across the Grammy stage inarguably sensual but dressed like an iconograph of the Virgin Mary she was thwarting the dichotomy. She is both the virgin and the vixen. She is also neither. She is a mother showing the world that being a mother does not have to stop your career. It does not have to plateau your life or sideline you. She is a mother celebrating the beauty of her own experiences with bringing life into the world. The jaw dropping visuals, the costumes, the colors reject what society says about black motherhood. She is daring you to say it is not beautiful, holy, sacred. The Grammy performance was Lemonade’s final scream. The culmination of everything she tried to say with the album: as much as it is about pain and suffering black womanhood is also about beauty, strength, and love. Black womanhood is having the power to deflect every negative comment that threatens to define you and instead show the world who you are for yourself.

Beyonce (who has not done an interview of any kind in years and keeps a tight grip on her social media accounts) has never outright addressed her haters. She doesn’t need to. Her body of work speaks for itself loud and clear. Lemonade was a cultural phenomenon that made black women everywhere proud to be black. It heralded blackness as an elite club that could not be breached especially not by oppression or negativity. It bravely stood up against misogynoir and would not be silenced. And Beyonce’s performance at the Grammy’s was solid evidence of the fact that you have to be some kind of bitter to hate Beyonce. 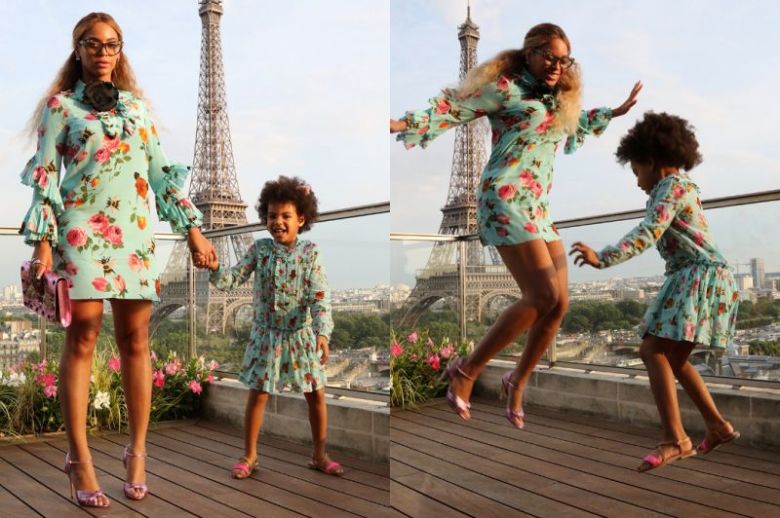